I do and, yes, this does make me feel a little old.

For those of you who don’t remember, the war was fought over a group of small islands far off the Patagonian coast of Argentina.

The British won the war but the Argentines are still very attached to the islands.

So what we have here is a disputed territory, always a challenge for mapmakers.

Here’s a screen grab from Google Maps. Notice how “Islas Malvinas” is in parentheses. 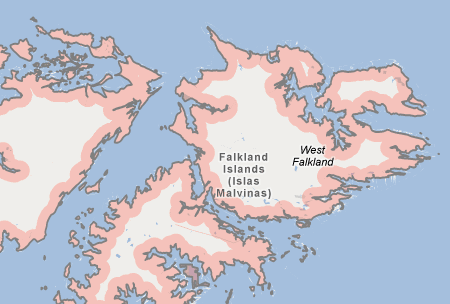 As a test, I switched my language preference on Google Maps to Spanish thinking maybe I’d see Falkland Islands placed within the parenthes. But no.

However, Bing does localize the map based on language. When I switched Bing Maps to Spanish, here’s what I saw: 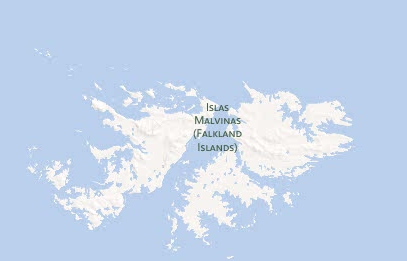 This is map localization at work.

I hope to one day visit these islands — and I hope they can survive the next looming (environmental) conflict. The Falklands would not be in the news today if not for great quantities of oil buried deep below the ocean floor. Make no mistake, oil is at the center of this current  dispute, not the natural wildlife, which neither government seems too terribly concerned about.

If it were up to me — and if only it were — I would hand over the islands to the one government that promised to leave the islands free of oil derricks.  The Falklands are of enormous importance to penguins, albatross, and many other creatures that are running out of safe places to nest.

PS: Here’s a recent article in the NYT about the islands.

2 thoughts on “You Say Falkland Islands. I Say Islas Malvinas.”