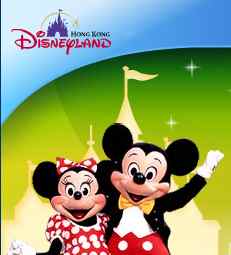 It looks like Disney learned some painful but important lessons about the importance of localization from the Euro Disney disaster.

When Disney opened Disneyland Paris in a former sugar beet field outside Paris in 1992, the company was roundly criticized for being culturally insensitive to its European guests. Now Disney burns incense ritually as each building is finished in Hong Kong, and has picked a lucky day (Sept. 12) for the opening.

This may seem silly to Westerners, but imagine Disney opening a new park in the US on Friday the 13th. Other details include a liberal use of the number 8 and an avoidance of the number 4. You won’t find a fourth floor here.

I’m glad to see a more humble Disney localizing itself to the world. And I love this quote: “It used to be Disney was exported on its own terms,” said Robert Thompson, a professor of popular culture at Syracuse University. “But in the late 20th and early 21st century, America’s cultural imperialism was tested. Now, instead of being the ugly Americans, which some foreigners used to find charming, we have to take off our shoes or belch after a meal.”

Now, about that Web site… 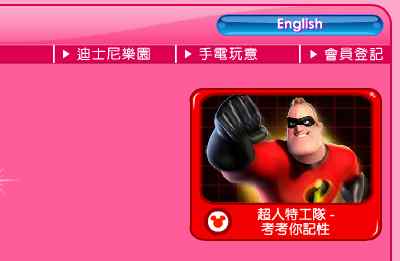 Perhaps the folks who manage Disney.com will follow Disney Hong Kong’s lead. Today, if you visit Disney.com you’ll have to look really hard to find the “global gateway.” It’s buried in a pull-down menu at the bottom of the Web page:

Now why is this a big deal? Because Web and marketing professionals are finding that up to half (and sometimes more) of their Web traffic to the .com page originates from outside the US. It’s critical that these visitors find their languages and countries as quickly as possible. Disney Hong Kong gets it and I believe that Disney.com will get it too, eventually.