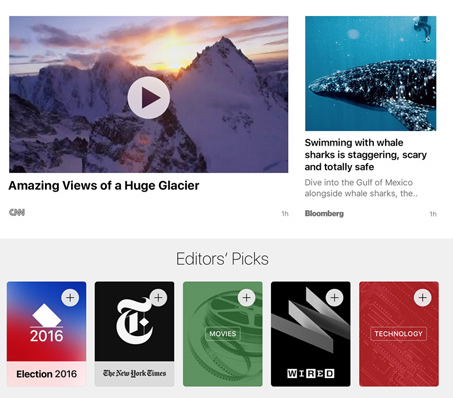 In a development that few people will notice but is interesting to us domain geeks, Apple is in the process of retiring its news.apple.com domain in favor of apple.news.

The .news domain is a top-level domain, much like .biz or .guru. You can register yours here.

Apple is not going to shed light on why it is making this migration. I suspect that anything to take traffic off the .com domain is never a bad idea.

Perhaps Apple has a long-term vision for making its News app web-accessible (instead of locked within an app).

But what if Apple had instead taken the opportunity to begin migrating to its own brand TLD .apple (which it currently is doing little with publicly). It could have used news.apple.

Which leads me to this question: Is news.apple better than apple.news?

It’s a question a number of companies are asking themselves currently — whether to migrate to their brand TLDs, using subdomains for country and regional websites as well as sub-brand websites.

Regarding Apple, it’s hard to say which domain is better without knowing the goals for the News app. One could see news.apple and believe that this is the domain for news related to Apple, not a separate service. So, for now, it appears that Apple.news makes the most sense for the app.