This post has absolutely nothing to do with web globalization.

About two years ago Midge and I took a cruise to Svalbard, a group of islands a hundred miles of so south of the polar ice cap.

A National Geographic photographer was on board: Paul Nicklen. He was on assignment and he gave some really entertaining lectures on how he would spend months camping out on these islands for that one perfect shot (and not always get it).

So I just came across his photos from that trip.

Humbling because Midge and I had taken all these polar bear photos that we swore were National Geographic quality. That is, until we saw the real thing.

For example, here’s a photo we took: 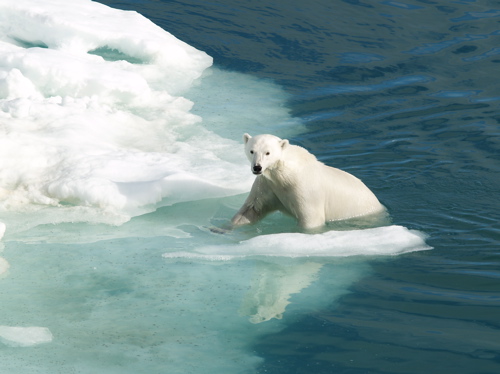 Not bad, right? I was pretty happy with it.

Now, here is an excerpt of Paul Nicklen’s photo of the same bear: 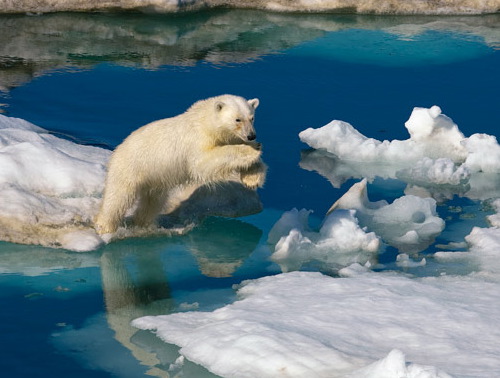 Okay, so he just happened to catch the bear in flight. Lucky timing.

Oh, and the colors are brighter. The resolution finer.

I could blame my camera and its wimpy zoom lens. Paul carried around a lens the size of a Volkswagen Bus. And I could blame Photoshop as well, though I doubt he needed it.

In the end, Paul is a professional and I am an amateur.

But his pictures are a joy to view. They are here.

And while you’re still around, I want to share some more of our amateur pics.

Here’s one of a mother and cubs: 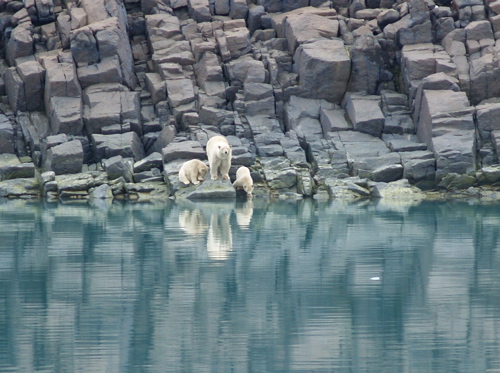 And here is an ice shelf — very hard to capture the size of it. But it was big. 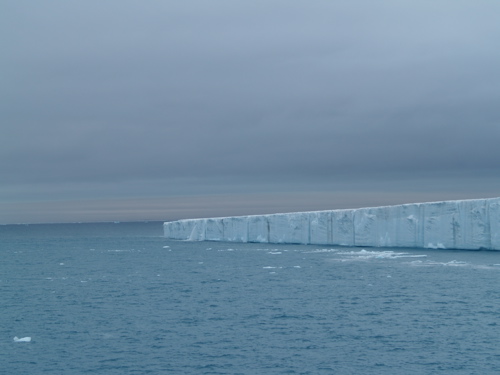 And now back to our bear. I think he had an itch. 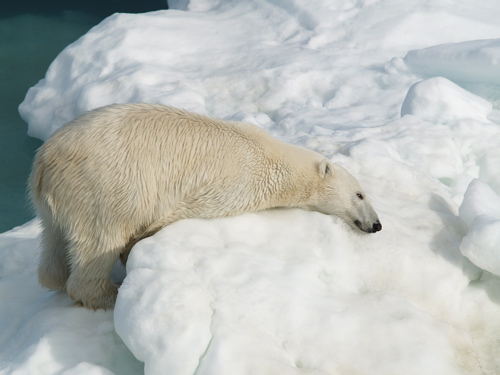 He came right up to the ship. The boats are not allowed to get anywhere near the bears. Once one is spotted in the distance, the ship stops and we all just wait and hope the bear approaches us. We got lucky this time. The guides said he was young and wasn’t familiar with all the smells. He was curious. 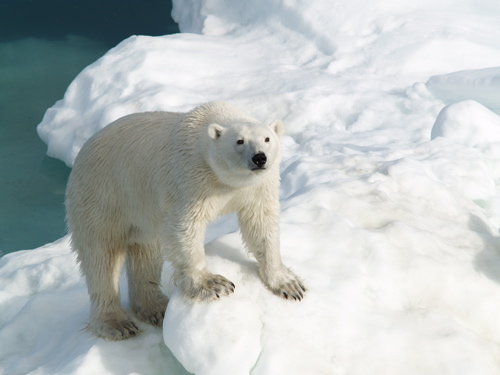 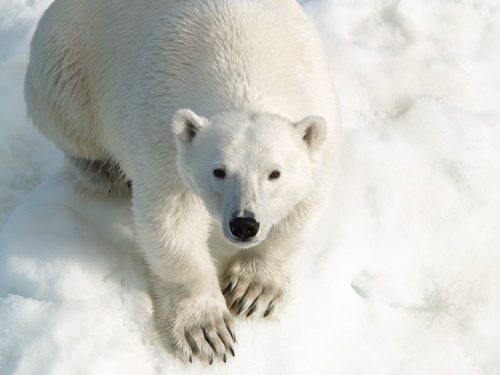 And this is the edge of the polar ice cap. The end of the line. 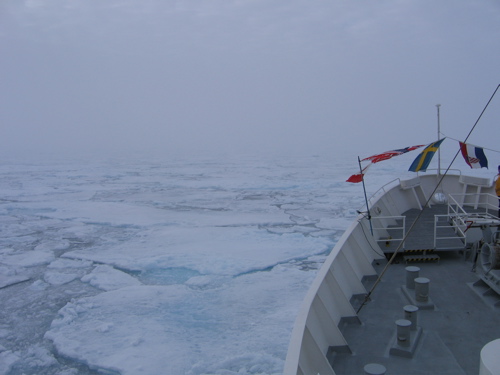 And here is our bear again. I think he had another itch. Or he was tired. 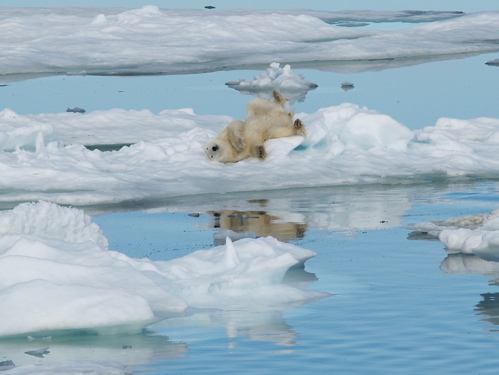 UPDATE: Here are some new photos of the polar bears of Svalbard.

4 thoughts on “North of Norway”