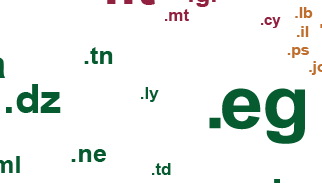 Bit.ly, the URL shortener now used by Twitter, is not the first company to craft its name out of a county code top-level domain (ccTLD).

But Bit.ly does appear to be the first company to do so with the Libyan ccTLD.

As some have speculated, Bit.ly could put itself into a precarious position should it begin hosting URLs for the adult industry, or any other industry that violates Libyan laws. It’s always important to keep in mind that a company can’t “own” a domain the way it owns real estate.

But this is all just speculation. The registrar Libyan Spider clearly is hoping to capitalize on all the “ly” permutations of a word or brand name. And the fact of the matter is that more and more countries are viewing their country codes as profit centers.

Which leads me to a brief inventory of the sites that I am aware of that use ccTLDs as part of their names:

I’m rather surprised at the range of countries represented here. Montenegro, by the way, has already sold more than 250,000 domains so far. Not bad for a country that’s less than a few years old.

Any companies that I missed?

UPDATE: Thanks to the commenter below I’ve added Tri.im — and I also came across Pi.pe. Any more I should include?

8 thoughts on “What does Libya have in common with Twitter? Ask Bit.ly”