Now, putting aside my concerns about a company getting services for free that it could very well afford, I want to focus on what TED has done well with its web site to facilitate the crowdsourcing of translations: 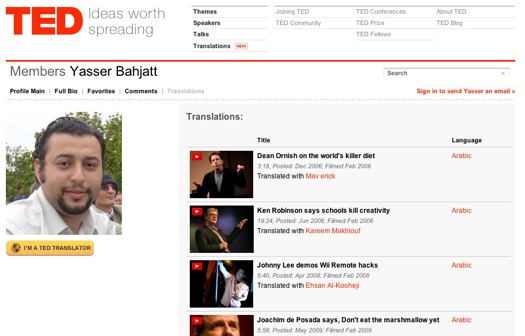 One of the most active translators is Yasser Bahjatt. I like how you can click on the talks that he has translated.

A picky comment: Why is Arabic in Latin script? Wouldn’t it make more sense to use Arabic script? Details, I know, but these details count when you’re trying to create content for people who may not understand any English.

Next, here is a screen shot of the most popular talks — at least among translators: 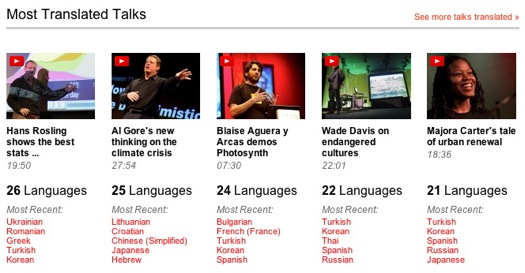 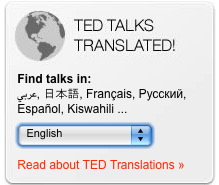 But for the most part, the TED site expects users to know a fair amount of English if they’re going to navigate to their translated content.

Ultimately, TED will have to localize its Web site — or just the Ted Talks section — so that people can more easily find their translated content. And this I suspect won’t come free.

Nevertheless, TED has proven that its content is translation-worthy and it has done a great job of creating a community of translators who are bound to keep the effort alive and growing.

4 thoughts on “TED is translation-worthy”