Turns out, most companies haven’t even registered Twitter accounts for their primary brands.

Here we have someone who apparently likes apples but isn’t Apple: 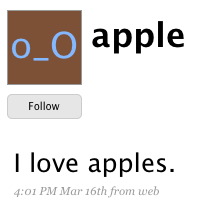 Coke — someone who drinks Coke, but not the company. 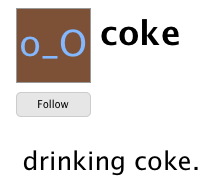 The Wall Street Journal has an article out about this domain name rush.

So many questions come to mind:

In the meantime, if you’re thinking about reserving a Twitter domain, do it now before getting Twit-jacked…

3 thoughts on “The Twitter Domain Rush: Don’t Get “Twit-jacked””