A few months ago, I wrote an essay for Multilingual in which I noted that the world’s most multilingual website isn’t Google or Facebook or even Wikipedia.

As I noted in the essay:

Apple, by comparison, supports a mere 34 languages. And Amazon, the company now synonymous with world domination, supports just 15 languages. Based on my studies, the world’s leading brands support an average of 31 languages, adding roughly one new language per year.

Religious leaders understand well the power of language. And so do the tech leaders. Sadly, too many other business leaders have not yet come to this realization.

Here are the top 10 most multilingual websites from the 2018 Web Globalization Report Card:

Notice how precipitously the language curve drops; it plateaus at roughly 40 languages for companies such as Audi, IKEA, 3M, Nikon and Cisco. And yet 40 languages is still a significant accomplishment for most organizations. The average number of languages, among the leading global brands, is just 32 languages. 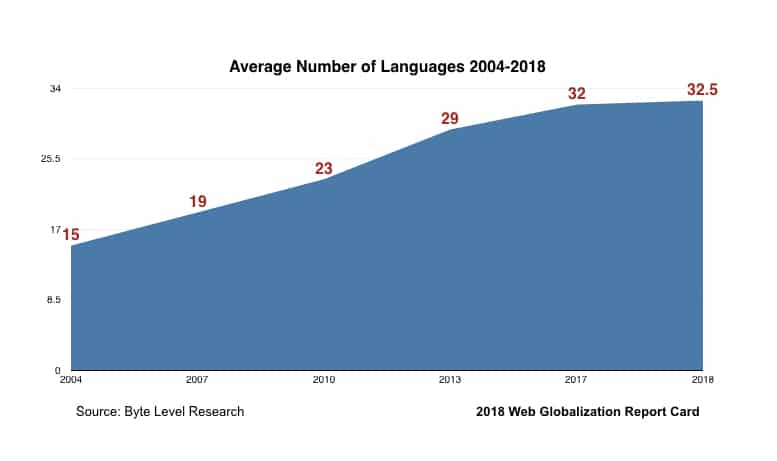 The next great language boom will center around India, but this will take time as even companies such as Amazon and IKEA have been resistant to fully invest in the many official languages of this country.

To learn more about the language leaders, download a free sample of the Web Globalization Report Card.