I often point to Wikipedia as one of the most multilingual websites on the Internet.

Which is a major reason why Wikipedia finished in third place in the 2016 Web Globalization Report Card.

For that, I’d have to point toward the Jehovah’s Witnesses website.

As only partially illustrated by the screen grab below, the Jehovah’s Witnesses site supports nearly 600 languages, up from 400 in 2010. 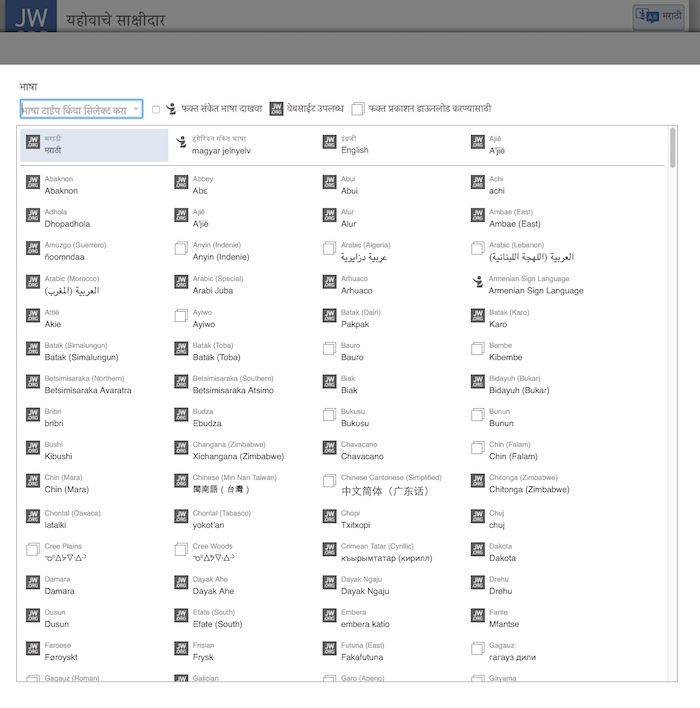 In comparison, Wikipedia supports only 271 languages.

I should be clear that I’m using a liberal definition of “supporting a language.” Most of the languages supported by the Jehovah’s website are represented by very little content — about a dozen or so web pages. This is also static content — the stuff that doesn’t require monthly or even annual updates. Nevertheless, it’s hard to deny that 600 languages is a notable achievement.

Here’s a sample page in Marathi: 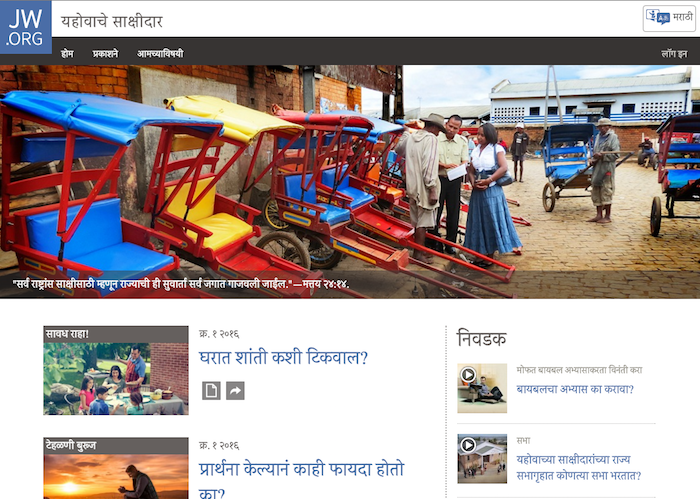 I want to highlight the global gateway: The menu includes all available languages (displayed in the local languages). And, equally important, a global gateway icon is well positioned in the upper right corner of every web page, as shown below:

I prefer a globe icon as the one used here says “translation” more than global gateway.

So how does the JW.org website compare with other religion websites?

The Church of Jesus Christ of Latter-day Saints supports an impressive 115 languages, up from 40 a few years ago.

And the website has made great strides in improving its global gateway. Shown below is the language menu: 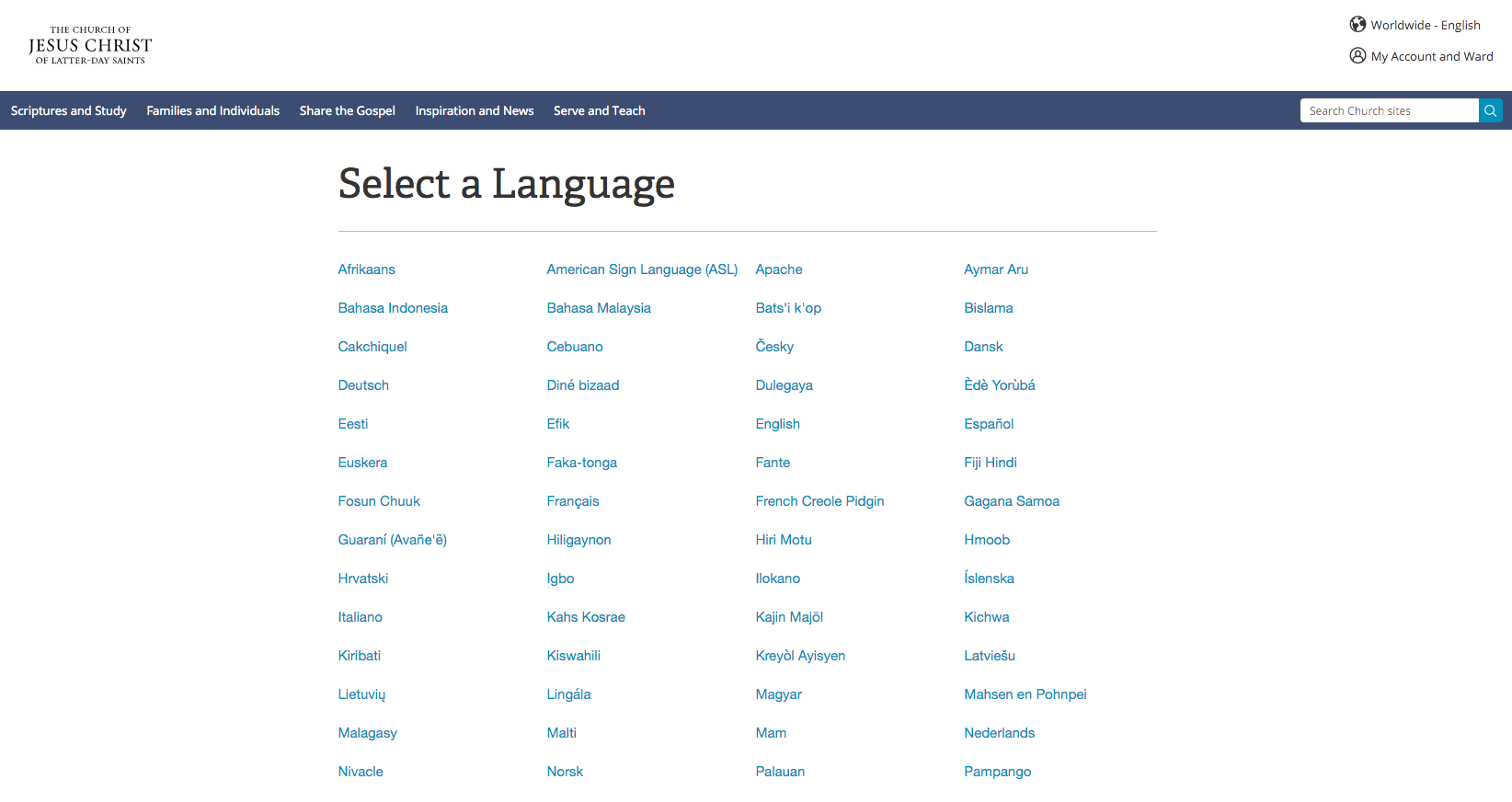 And here is the globe icon used to highlight the gateway:

The Holy See supports a mere 10 languages, which, to its credit, is an increase from five years ago.

I also visited the Christian Scientist website, which has made progress over the years–up to about 20 languages. 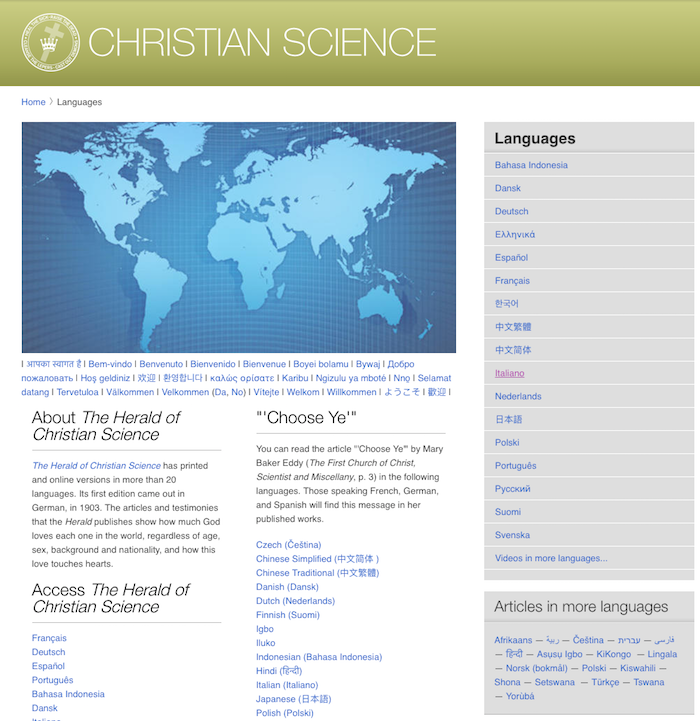 I reviewed a handful of other religion websites but found nothing beyond English and Spanish.

While I doubt anyone is going to come close to challenging Jehovah’s Witnesses soon in languages, I’d love to see more competition. So if I’ve overlooked any website, please let me know.