Google Translate is the world’s most popular machine translation tool.

But even the best machine translation software can only go so far on its own. Eventually humans need to assist.

Google has historically been averse to any solution that required lots and lots of in-person human input — unless these humans could interact virtually with the software.

In the early days of Google Translate, there were very few humans involved. The feature that identified languages based on a small snippet of text was in fact developed by one employee as his 20% project.

Google Translate is a statistical machine translation engine, which means it relies on algorithms that digest millions of translated language pairs. These algorithms, over time, have greatly improved the quality of Google Translate.

But algorithms can only take machine translation so far.

Eventually humans must give these algorithms a little help. 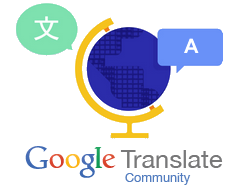 So it’s worth mentioning that Google relies on “translate-a-thons”  to recruit people to help improve the quality.

According to Google, more than 100 of these events have been held resulting in addtion of more than 10 million words:

It’s made a huge difference. The quality of Bengali translations are now twice as good as they were before human review. While in Thailand, Google Translate learned more Thai in seven days with the help of volunteers than in all of 2014.

Of course, Google has long relied on a virtual community of users to help improve translation and search results. But actual in-person events is a relatively new level of outreach for the company — and I’m glad to see it.

This type of outreach will keep Google Translate on the forefront in the MT race.

If you want to get involved, join Google’s Translate Community.