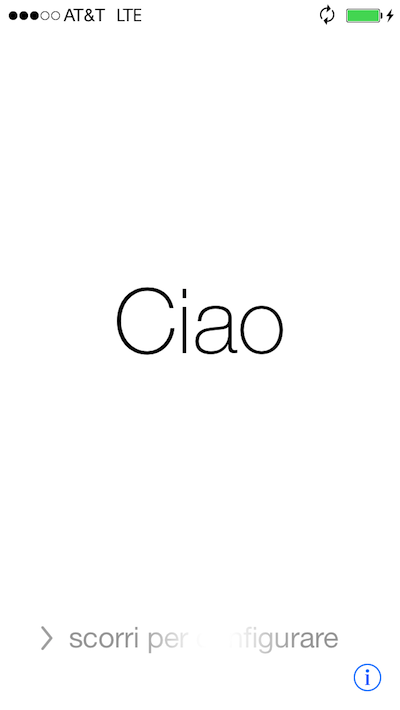 So I just spent an hour upgrading my iPhone to iOS 7.

My first thought was: Boy, these icons are ugly.

And there’s this strange mix of text-only buttons and visual buttons. Some of the apps feel like a step backwards, like Calendar. It all feels a bit rushed. Like the folks at top were so eager to launch something “new” that they didn’t give enough thought to why they were making some of the changes they made.

But this post isn’t about what I think about the design. I’m stuck with it, for now at least.

This post is about what global improvements Apple has made to iOS 7.

And there are a few positives to highlight.

Let’s start with the welcome screen when you see on first use. In iOS 6, only the swipe screen iterated between languages. In iOS 7, the languages are now front and center, which is  nice to see. This austere welcome page conveys the enthusiasm that Apple has for welcoming users from around the world. And I think it’s cool to highlight the supported languages, even if most users will only ever use one language. 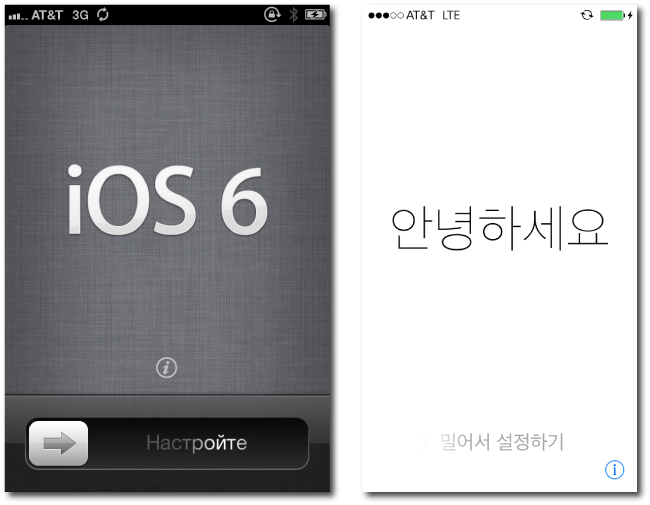 As an aside, you don’t see any flags here do you? No flags at all in the operating system, which contrasts with the Apple website. It’s just a matter of time before Apple abandons flags on its website as well (or so I’ve long hoped!).

I also want to highlight the new keyboard input and dictionary support for Tamil. 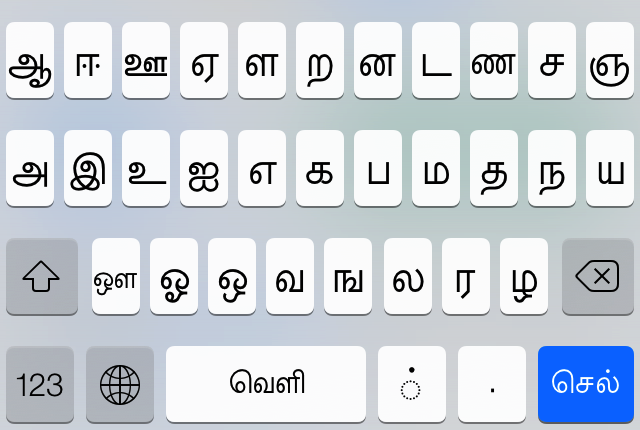 Apple supports two types of Tamil inputs — Tamil99, which is the officially approved input keyboard, (shown above) and an Anjal keyboard, which provides a phonetic input.

Finally, here are a few additional improvements for China, which is now Apple’s second-largest market.