If you’re interested in learning more about IDNs, UNESCO and EURid recently released a report on the evolution and challenges of IDNs.

It’s a good read and it highlights some of the struggles that countries and registries face and taking IDNs mainstream. Though Russia has so far proven to be a major success story — with more than 800,000 IDN registrations so far (and counting) — most other IDNs are have a long ways to go yet. Arabic IDNs in particular face an uphill battle because web browsers offer poor (and inconsistent) support for them.

I noticed in the report that India’s IDNs were not all properly displayed. So here’s a screen shot from our IDN poster that illustrates the wealth of scripts used within India, as illustrated by the country’s seven (yes, seven) approved IDNs: 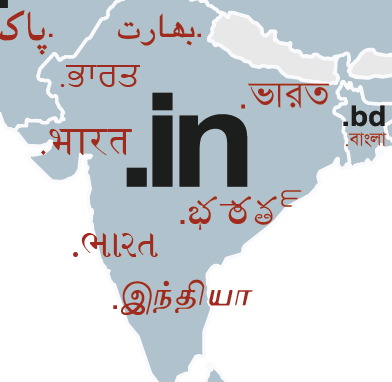 As of today, 26 countries have received one or more IDNs; I’ve collected the full list here.

3 thoughts on “India: One country, many IDNs”