The nice thing about having your own web site (and perhaps a curse as well) is that you never tire of tinkering with it.

So I decided yesterday to insert a few of the new Facebook social plugins into the Byte Level Research website.

Below is a screen shot from the “activity feed” on the home page:

And here are some initial thoughts: 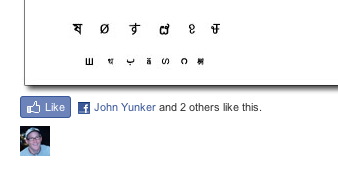 So like I said, I’m going to test this out for awhile and see if it grows on me. Naturally, there are a host of questions that this little experiment raises, like wondering if I’m just another enabler of Facebook’s efforts to take over the Internet. Like wondering if these plugins are nothing more than web page graffiti. Like wondering if I spend too much time on Facebook, Twitter, etc.

UPDATE: After a few days I’ve decided to remove the Activity Feed. I noticed a performance hit and I felt it was distracting.