After three weeks of analyzing Web sites for the 2010 Web Globalization Report Card, a number of interesting trends are coming together, and I thought I’d share a couple of them with you…

PricewaterhouseCoopers is now using geolocation to improve global content delivery. So too is Audi. And we have yet to detect a company that has stopped using it. We’ve advocated geolocation for many years, but not before having a solid visual global gateway in place, which many companies do not yet have.

We still love the Caterpillar gateway: 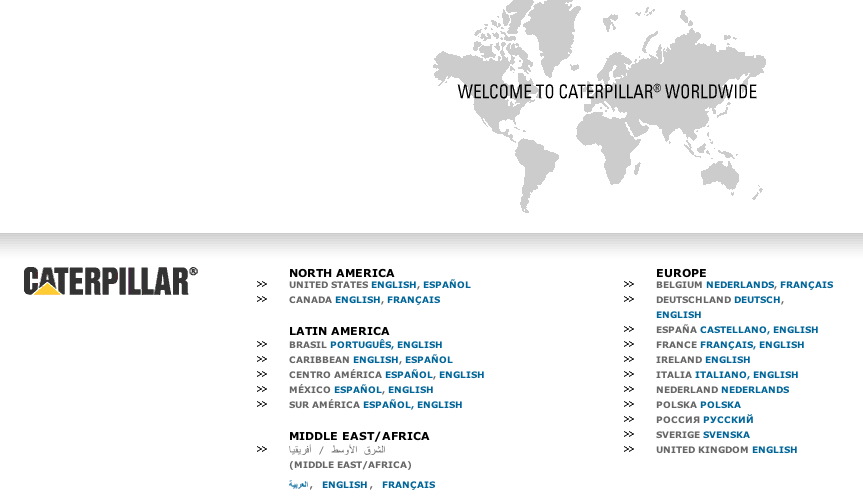 Hotels.com has more than doubled the number of languages it supports, to more than 30. Apple also boosted its global reach over the past 18 months, a sign of its global ambitions.

And now back to the web sites. Still more to analyze…stay tuned.