The WSJ writes about Intel’s new global advertising campaign, which is being locally tailored using regionally and/or locally recognized celebrities. The tagline “Experience entertainment in your lap” features the likes of Seal, Tony Hawk, and Chinese celebrity Tony Leung seated on the laps of others. 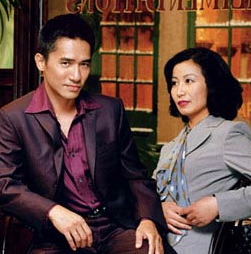 According to the article…

The campaign, made by Interpublic Group’s McCann Worldgroup, is Intel’s answer to a problem that has long vexed big marketers: Should advertising be local, global or somewhere in between? Companies such as McDonald’s and Procter & Gamble use local and pan-regional techniques in international markets to push their offerings. Coca-Cola has swung back and forth between local and global ads.

Intel’s double-duty approach is a departure for a technology company, as they tend to rely on a single global campaign designed to unify the messages seen by travelers, Web surfers and company employees alike. For example, Apple Computer pitches its iPod digital music player with the same dancing silhouette ads in Beijing as in Boston.

1. The laptop has gone global. This ad campaign isn’t pushing desktop computers. No sir. It’s all about the laptop now, where margins are higher and, with Wi-Fi, computers are truly mobile. While old timers like me first got to know a computer at a desktop, most of the world’s computer users will know only a laptop. This alone I find amazing.

1. Only the ad for China actually features someone speaking in Chinese. All of the other markets feature dubbed translated content. This clearly underscores how important China is to Intel. But does that mean that Germany, for example, is that much less important that Intel couldn’t use a German celebrity speaking in his or her nature tongue? I’m not trying to pick on Intel because I don’t know of any company that localizes every global ad campaign to that extent, but I do think we’re headed in that direction.

2. Why use a western URL? The URL used on the Chinese spot is intel.com/cn/centrino. This strikes me as odd because Intel could have just as easily used the more Chinese-specific URL: www.intel.cn/centrino. Many global marketers insist on using .com globally, but that adds another layer of navigation to users who must first go to .com and then navigate to their local market, wasting time and potentially getting them lost.

One other thought: Intel could also have used a domain name in Chinese script. These URLs do work although they are at best workarounds still.

3. In search of the truly global ad Finally, the article mentions above how Apple uses the same ad everywhere as if Apple is ignoring the localization of its advertising. While I think Apple could do a better job of translating content for its target markets — both on its Web site and in its stores — I think the dancing silhouette ad is actually a great example of a “global by birth” ad — one that requires little in the way of localization. If you can remove all dialogue, use models that are not specific to any nationality (like silhouettes), and still end up with an ad that is locally appealing (on a global basis), you’ve created a very special global advertisement. While these ads aren’t easy to come by, when companies and their agencies do come by them, they’re going to get maximum global bang for their advertising buck.