Google continues to go where no other multinational has gone before, adding the following lanugage interfaces:

That brings the total of languages supported to 116 (I’m not sure if they’ve including Klingon and Swedish Chef in that number. 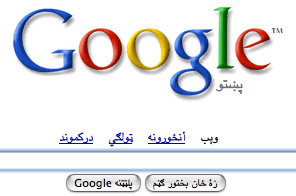 Localizing Google’s interface has to be one of the easier projects (as software localization goes). But that’s exactly why Google has had such success taking its spare interface global. While Yahoo! has more or less stalled at roughly two dozen languages, Google marches on.