According to Bloomberg, Amazon is about to acquire China’s largest online bookseller, Joyo. 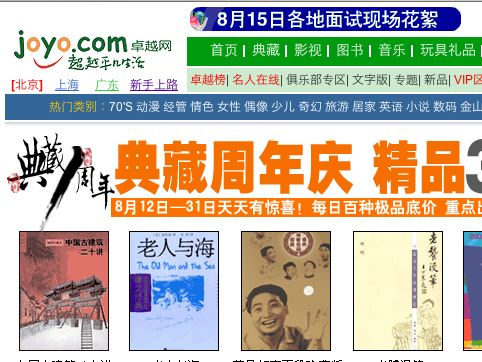 Amazon is paying $75 million for the company. This is not the first time Amazon has bought its way into a new market; Amazon made similar acquisitions in the UK and Germany.

Amazon could have built a Chinese site from scratch, just as it did with its Japan site, but I understand that the project took them well over a year to pull off, and was a brutal learning process. And timing is critical given the rapid expansion of China’s economy. This acquisition makes good sense.

I’ll leave you with a few juicy quotes from the article: