Google says that half of its Internet traffic emanates from outside the US. While this is significant, what really matters to Google is where the revenues emanate from.

Now that Google is on the verge of going public, it has finally coughed up some numbers. In 2003, roughly 25% of Google’s revenues came from outside the US, shown here: 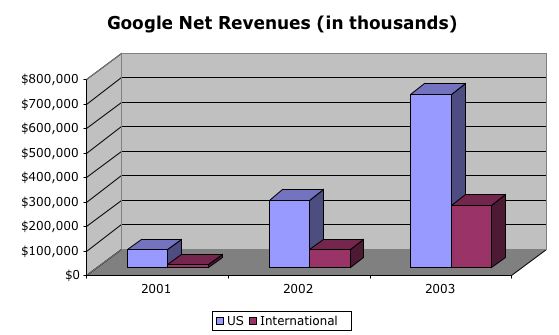 Judging by 2004 numbers thus far, I would predict that international revenues will surpass US revenues by Q1 of 2006. This trend becomes more apparent when you view geographic revenues as percentages of the whole, shown below: 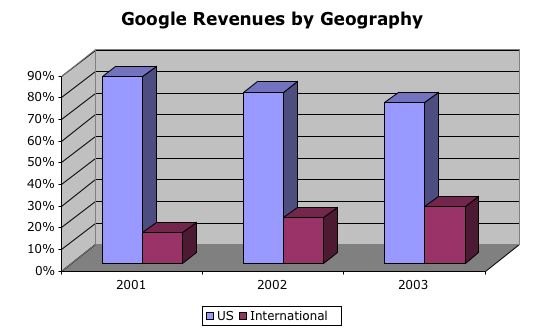 It’s not hard to see the international column surpassing the US column fairly quickly. As I’ve written before, Google is probably the most global commercial Web site ever created; it offers more than 90 localized Web sites. Every one of these sites is a potential source of advertising revenue. So it is not a question of if international revenues will surpass US revenues, but when.