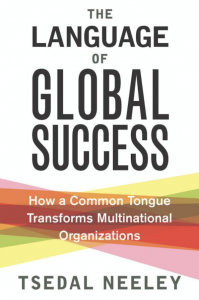 The dream is profound  — a global company united by one language. Employees communicating freely with one another across border and culture, improving productivity and sharing of ideas.

The reality, however, is quite a bit messier than the dream.

But that doesn’t stop CEOs from dreaming.

Such as Hiroshi Mikitani, the CEO of Rakuten, Japan’s leading ecommerce company (and one of the largest by revenues globally). Here is a screen shot of the Rakuten Japan home page. The company is often referred to as the Amazon of Japan. 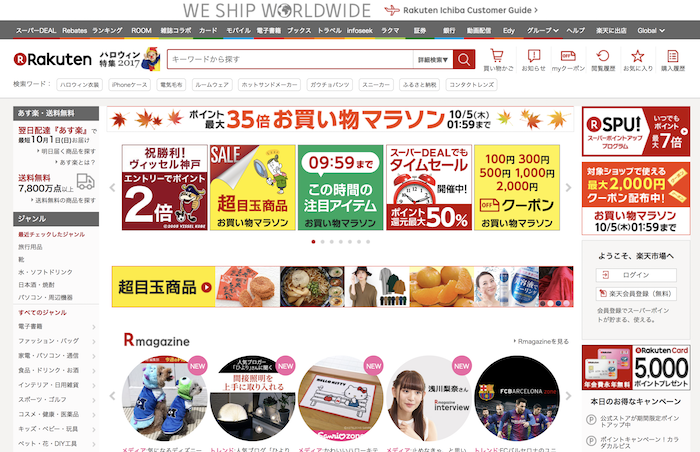 In 2010, Mikani announced that the company’s 10,000 employees (90% of whom were Japanese) would transition to English over the next two years, beginning that day. Professor Neeley had a front-row seat to this massive transformation, covering it over a period of five years, resulting in The Language of Global Success.

If you have any interest in the globalization of companies, this book is an absolute must read. Neeley had full access to Rakuten employees. She conducted surveys and interviewed staff in Japan as well as parts of Asia, Europe, the US and Brazil. And she has spent many years studying not just Rakuten but other English-only multinationals, such as Siemens and SAP.

The author successfully captured the cross-border and cross-cultural tensions that I often witness in my consulting engagements. And the anecdotes she collects from this 5-year Englishnization project are entertaining. For example, when an American Rakuten executive hears the big English-only announcement, he exclaims, “Thank God he picked my language.”

But the Americans eventually realize that a common language comes with unexpected challenges. As the Japan HQ becomes more English-literate, it is better able to translate its corporate culture (and rules) to all local offices. Eventually, a phone-book-sized employee manual arrives in the US office, detailing such requirements a wearing your ID badge in a specific location at all times. One can imagine how the American employees felt when they were faulted for employee badge infractions, something trivial to them but not at all trivial to HQ.

In the end, everyone became expats during this transition; Neely identifies three categories:

Dual expats turn out to be the best positioned to adapt to the new “global” culture. After all, they were dealing with a mixture of languages and cultures from day one and felt no loss of status or control along the way.

The choice of language is both obvious and contentious. English has become the informal second language of the world, but it’s important to differentiate between language and culture. Just because Rakuten chose the language didn’t mean the CEO wasn’t also choosing American or Western culture. Though he was clear that he hoped there would be a change in corporate culture within Rakuten (less conformist, more entrepreneurial), which I’m not sure occurred. By the end of the book, Rakuten is still very much a Japanese company, but one that speaks English.

And I would suggest, in the interests of fairness, that native-English speakers be required to pick up a second language. Perhaps Spanish, for the American office. Doing so would send the message that English isn’t the “best” language, simply the most practical for a global company.

Key takeaways from the book include:

The bottom line: Was it worth the trouble?

The CEO says it was, and many employees agree. But productivity suffered along the way. And one could argue that Rakuten did what was inevitable for any global company.

The company has grown over the past five years and is better positioned now to recruit global, English-speaking talent. And the cross-fertilization of ideas between different geographies is now evident, a big plus, and perhaps the greatest upside of all.

The Language of Global Success: How a Common Tongue Transforms Multinational Organizations