IBM, much to my chagrin, has used a lengthy pull-down menu as its global gateway for years. 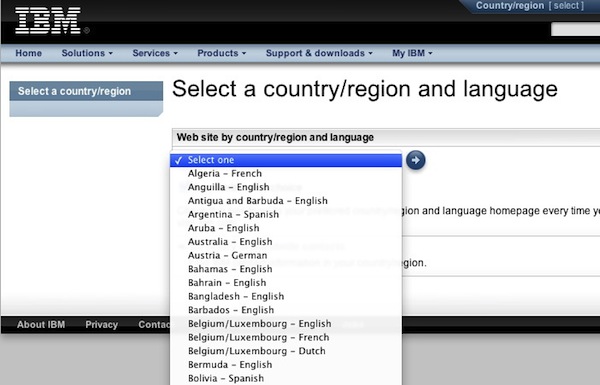 There are two problems with this menu, the first being that web users in Sweden, Turkey and other countries in the lower end of the alphabet are forced to do a fair amount of scrolling.

The second problem is the names of the languages themselves. As you can see here, “French” really should be displayed in French and not in English. After all, the goal is to appear to users in their preferred languages. This may seem like a minor detail, but it’s not.

Recently, I discovered that the IBM careers web site makes use a different (and improved) global gateway shown here: 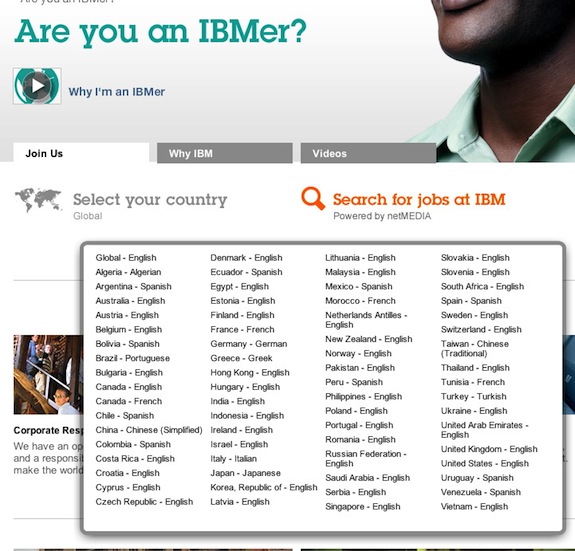 Notice how the countries are presented in an overlay menu instead of a pull-down menu. No more scrolling!

It will be interesting to see in the months ahead if the main IBM web site adopts the careers global gateway.

For more on global gateways, check out my book.