It’s been awhile since I’ve posted findings from the 2010 Web Globalization Report Card, but I did want to include a brief note on the retail sector.

We define this industry segment to include those retailers (and a few food/beverage chains) that have a physical presence in the countries in which they do business. This excludes a company such as Amazon, and it greatly narrows the selection of global web sites, as most “bricks and mortar” retailers have been slow to expand into new markets. For bricks and mortar retailers, the world is not quite as flat as it is for their virtual competitors. To illustrate, the average number of languages supported by the retail web sites we studied was 13, well below the overall average of 22.

We included 11 retailers in the 2010 Web Globalization Report Card.

The Web Globalization Report Card is an annual benchmark of how effectively companies internationalize and localize their web sites and applications for the world. It is now in its sixth edition.

Of the 11 retailers studied, IKEA emerged on top.

IKEA is no stranger to the top spot. It was an early leader in this space and has done an amazing job of balancing global consistency with local flexibility in every market it enters. IKEA was also one of the first multinationals to use a splash global gateway — which it still uses today (FYI: if you want to learn more about global gateways, check out the brand new edition of The Art of the Global Gateway).

Starbucks made significant improvements over the past two years, and adding eight new languages. Starbucks has also beenagressive in embracing social media around the world. For example, its German Facebook page — Starbucks Deutschland — has more than 175,000 followers (it gained more than 100,000 followers in the last seven months). 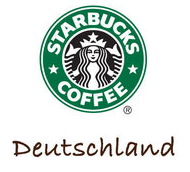 Best Buy has done an excellent job with its US Spanish web site, blogs, and community forums.

It will be an interesting site to watch over the next year as the company expands into Europe.

Here is the full list of retailers included in the 2010 Web Globalization Report Card: