I wanted to highlight a great catch made by commenter Ben to my earlier post on United’s in-flight navigation system, shown here: 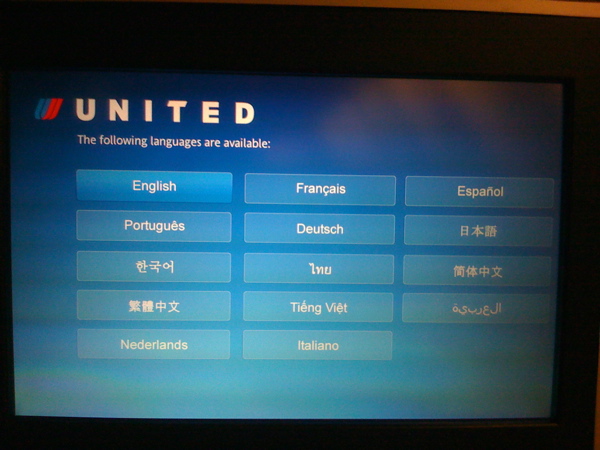 If you look closely at the lower right corner of the screen, the Arabic link is not correctly displayed. I certainly wasn’t looking that closely, but Ben was.

As he noted, the characters are correct, but they’re not joined properly.

Below is what the word should look like and, below it, the characters displayed individually: 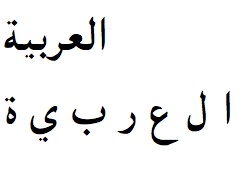 Arabic  characters exhibit different forms based on their position within a word. There are four forms, described here.

In the case of United’s in-flight entertainment screen, this is is a big mistake. How did it occur?

Clearly, a proofreader could have helped United avoid this situation altogether.

Technically speaking, it could be that the entertainment system does not support Unicode, which is the best way to go about supporting not only Arabic, but most of the world’s languages. However, the Asian fonts appear to be correctly displayed, which leads me to believe that this is not a technical issue but simply a matter of the Arabic word losing its joining properties at some point during the production process — and nobody ever noticing, until now.

Thanks Ben for the heads up!