To give you an idea of just how aggressive Google has been in this area, here is a screen grab of Google Translate from 2006: 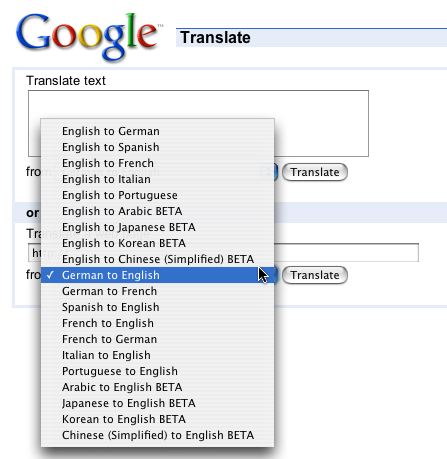 And here is one from today:

That’s roughly twice the number of languages in two years.

Microsoft has also been busy over the past year. Like Google, it now supports machine translation using its own in-house engine.

And it also offers a handy Web translation widget that you can insert into your Web page to allows users to self-translate your site into their language. 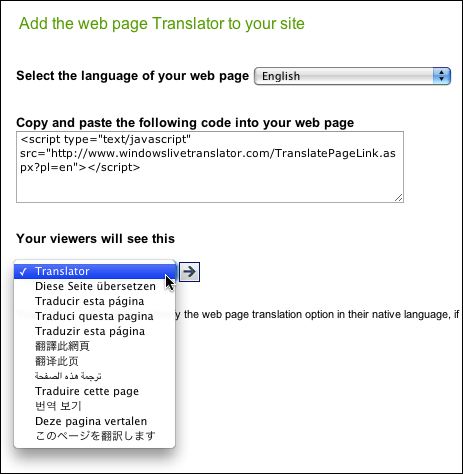 The portfolio of languages is still on the light side, but like I’ve mentioned before, these types of developments illustrate that machine translation (despite its inherent limitations) is becoming a critical piece of the Web globalization puzzle.