The search engine war in China has long been heated, but Yahoo! recently upped the stakes with the launch of a new search portal: www.yisou.com. 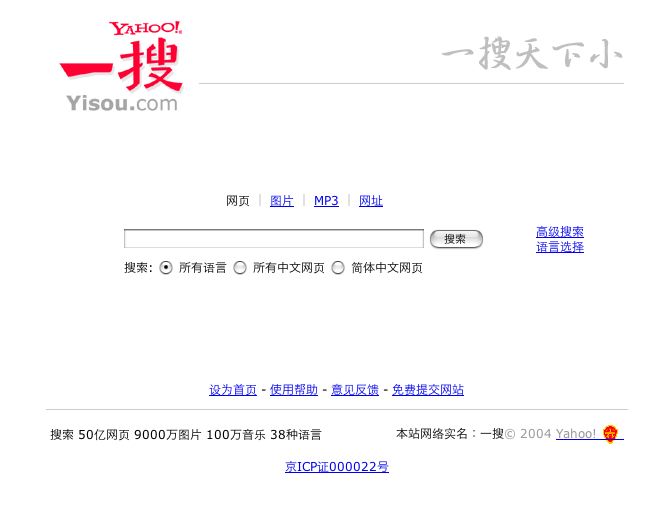 It sure looks a lot like Google’s search portal, underscoring the dramatic success Google has enjoyed in this market over the past few years.

Consider these impressive stats from The Miami Herald:

China is currently second to the United States in Internet users (at 80 million in 2003 compared to our 185 million) but will surpass the United States within five years, according to Forbes Global. On any given day, nine of the world’s 25 busiest websites are situated in China. Yahoo! and eBay are coming on strong in competition with locally entrenched portals. Even without China-based offices, Google attracts 40 percent of China’s search users.

Clearly, the search portal that wins in China will have the lead in users globally. While Google has the lead today, I suspect that an entirely new search engine, likely based in China itself, may be that leader five years from now.