According to a new report by HispanTelligence, U.S. Hispanic purchasing power has surged to nearly $700 billion and is projected to reach as much as $1 trillion by 2010. 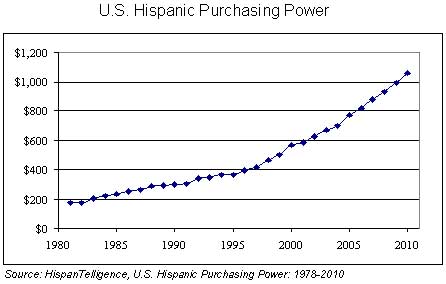 According to the report, the rate of growth is nearly three times the overall national rate over the past decade and will propel the aggregate disposable income of the nation’s largest minority group to $699.78 billion in 2004.

John is co-founder of Byte Level Research and author of Think Outside the Country as well as 14 annual editions of The Web Globalization Report Card. He is also co-founder of Ashland Creek Press.

Since 2003, the authoritative global benchmark of website localization & usability