I was fortunate to spend 10 days in Antarctica recently. It was an experience that I haven’t quite shaken, and probably never will. Frankly, I still can’t quite believe I was there.

The trip opened my eyes to a few sobering issues related to globalization, which I will write about shortly. For now, I simply had to share a few photos…

One of many icebergs we saw – note the Zodiak in the distance. I would have estimated this ‘berg to be 60’ above the water. We saw some icebergs that looked quite a bit taller. You’re not supposed to get too close to them because they have a sudden tendency to tip over; we were allowed to go closer to these icebergs because they were grounded. 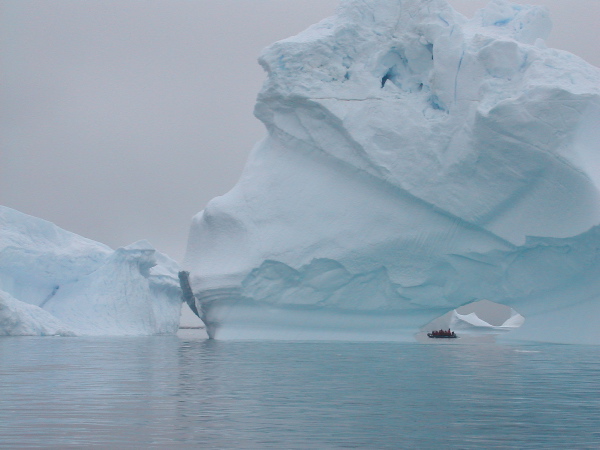 I didn’t think I would be much of a penguin fan, until I saw them. First of all, they’re quite noisy and always seem to be stirring up fights with one another – I enjoyed the drama. These penguins are Gentoos. Notice the rock piles they sit on – these rocks are VERY important to these birds as they keep the chicks elevated from the wet snow and guano. So they spend quite a bit of time building these nests and occasionally stealing rocks from one another, leading to yet more drama! 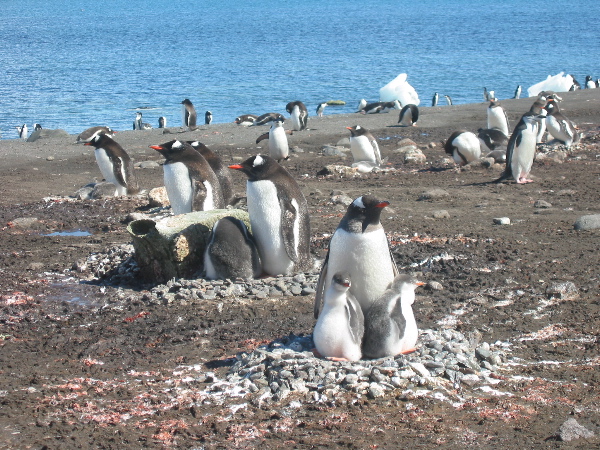 And these are Chinstrap penguins, named for the little straps below their beaks. The penguins weren’t too terribly concerned about us humans. Since penguins have no predators on land, they don’t have much reason to be concerned. Their predators wait for them in the water, like Orcas and Leopard seals, which we were also fortunate to see. 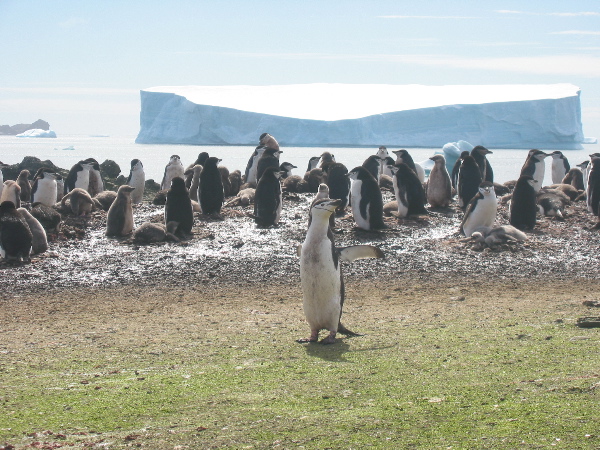 I found it nearly impossible to get a decent picture of the whales we saw. Just below the surface here are two Humpback whales – note the white fin. 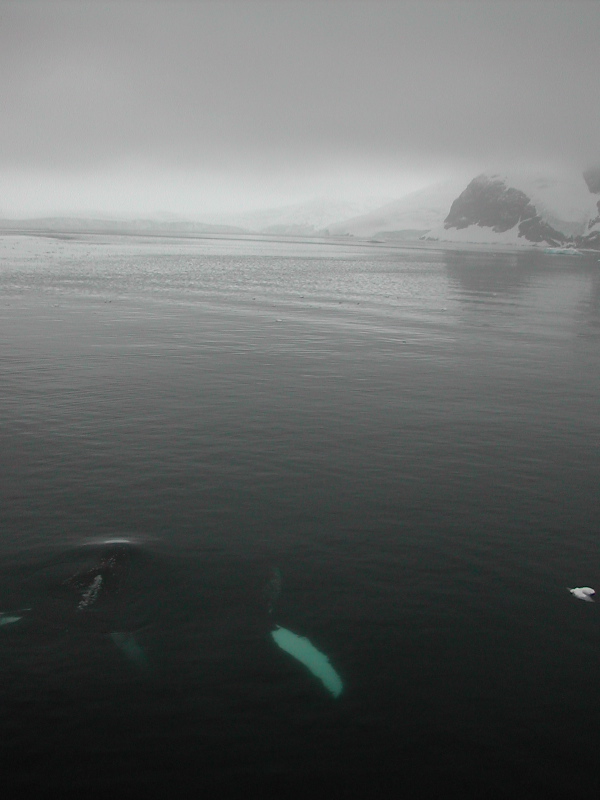 Landing on Deception Island. This was a very eerie place – with remnants of a whaling operation. They told us that up to 2 million whales were killed in the Southern Ocean. 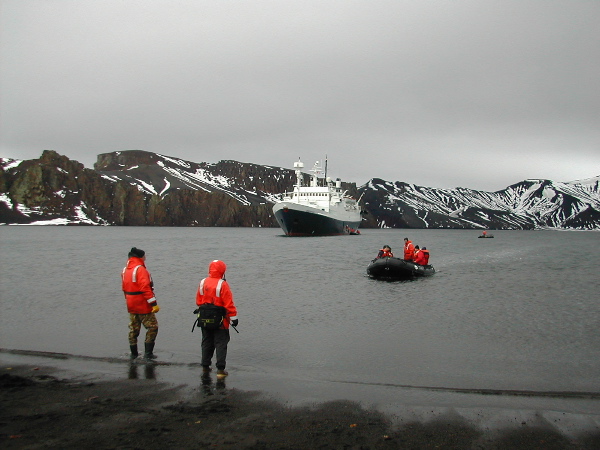 “Fast ice” below the Antarctic Circle. Fast ice is what they call the solid layer of ice that develops over the water. They docked the boat alongside the ice and let us off the ship for a stroll. After a week on a boat, you learn to take advantage of every landing you get. 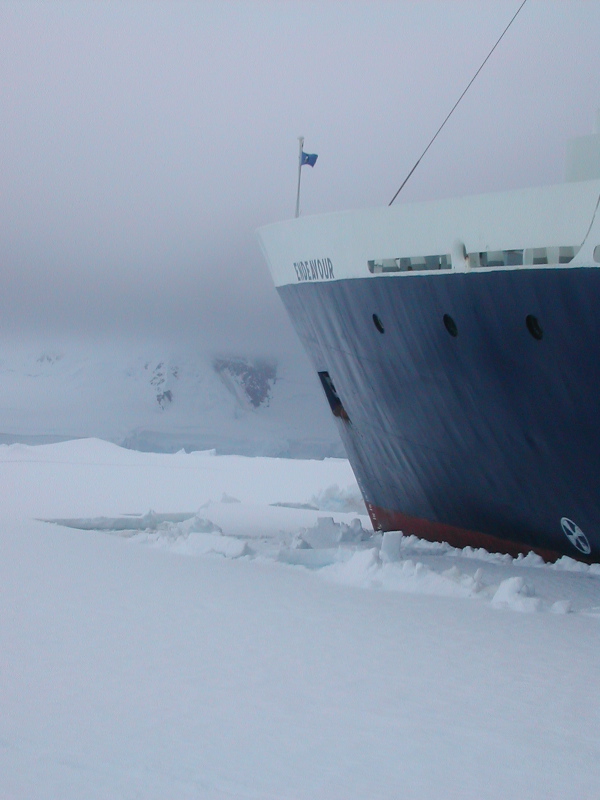 Before there is fast ice, there is pack ice. 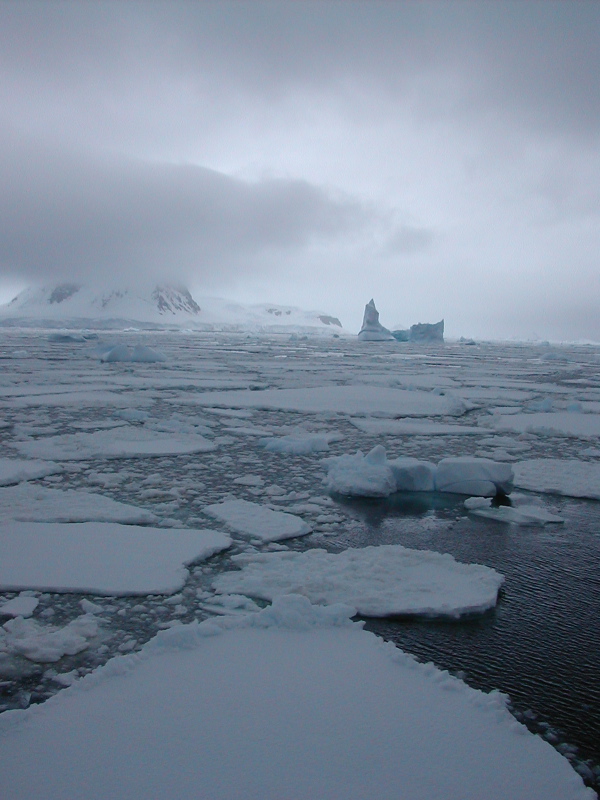 And one more iceberg, in foggy Paradise Bay. 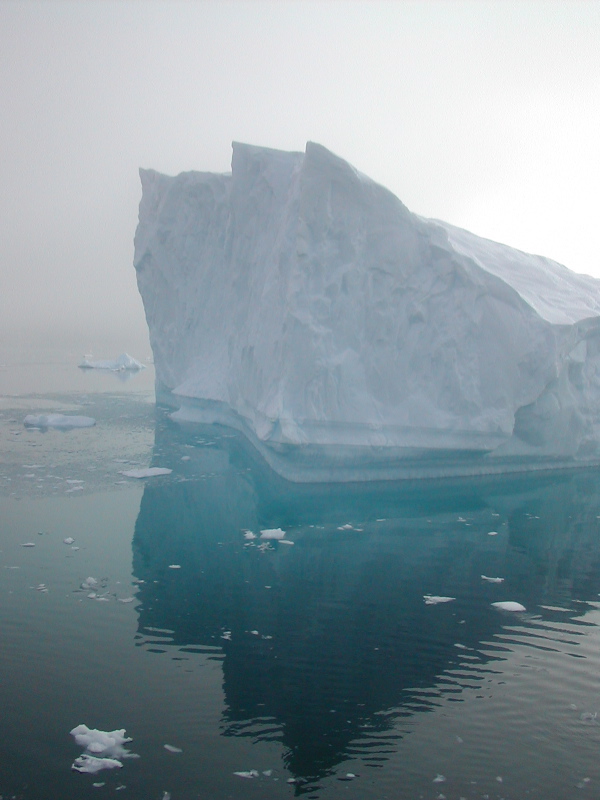