For the 2018 Web Globalization Report Card, we studied the following 16 automotive websites:

This year, BMW unseated Nissan, reclaiming the top spot. Both BMW and Nissan made the 25 list of best global websites.

BMW deserves credit for an increased focus on local-language social content — as well as the promotion of this content on its local websites. It also made slight improvements to its global template over the past year.

Here are a few highlights from the report: 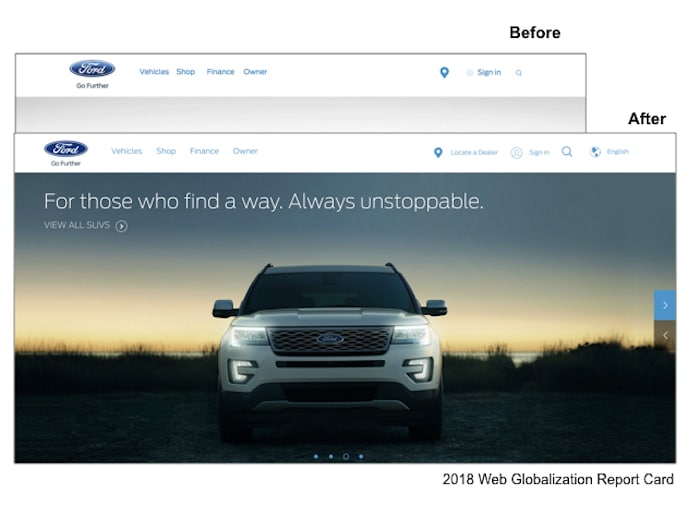 Currently, this gateway only allows toggling between Spanish and English (similar to other automotive websites). Ultimately, we believe its function will expand to enable better global navigation.

Tesla relies too heavily on flags for navigation. I believe it’s just a matter of time before this strategy shifts.

For more information, check out the Web Globalization Report Card.

If you’d like a report that includes only the automative benchmark profiles, you can purchase the Automotive Websites edition. 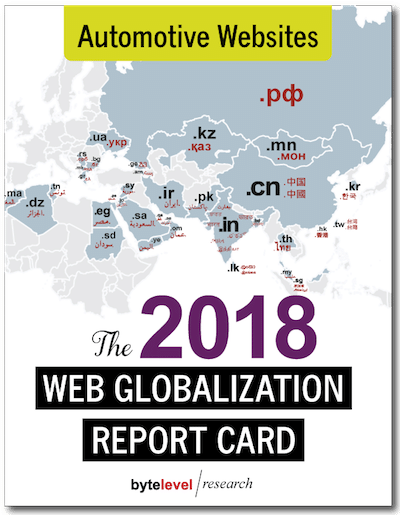