In February of this year, Google Translate surpassed 40 languages. 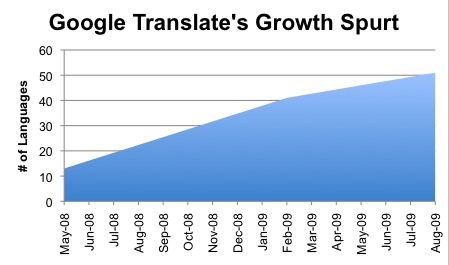 Google went from 13 languages to 51 languages in less than 16 months.

Here are the 10 most recently added languages:

On a related noted, 41 of these languages are now incorporated into Google Docs.