Major League Baseball is enjoying a nice $150-million business in streaming live baseball video feeds to fans around the world (I’m thinking about getting a feed to track Red Sox and Cardinals games from here in San Diego). 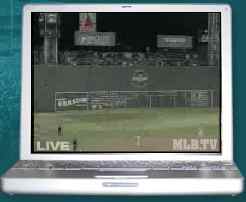 But in order to make the business work, the MLB is relying on a technology called geolocation. In a nutshell, geolocation analyzes the user’s IP address (the number associated with your computer) to guesstimate where the user is accessing the Internet. The MLB is relying on a service from Quova, and there are also a couple other vendors who offer the service.

The MLB must do this because it can’t stream content to a fan who wants to watch his or her local team in a market where that team is broadcast on TV (don’t want to get the TV networks’ lawyers in a tizzy).

According to this Baseline article, the MLB claims that 99% of all IP addresses are correctly “located.” Not too shabby.

Geolocation Isn’t Just for Baseball
Geolocation is also used by companies to direct users to local content seamlessly, particularly companies with global Web sites. Google is the most prominent company using geolocation, but there are a handful of others. Now, I have spoken to one company that is giving up on geolocation after a pilot run because it didn’t perform as well as they wanted in a few non-US markets. But I’m generally seeing positive results overall.

The question many companies have to ask themselves is this: How seamless do you want your global navigation to be? Assuming geolocation doesn’t work and sends a US traveler in Japan to your Japanese-language Web site, you could be causing more than a few headaches. If you do use geolocation for global navigation, always be sure to include a permanent global gateway on every Web page (or a clear link to the gateway), so that users can always navigate out of the given country and/or language Web page.

For more information on geolocation, we’ve got a lengthy feature on it in our January issue of Global By Design