The US Department of Defense is launching local “news” sites in an effort to counter what it believes is “misinformation” about the United States in the foreign media.

One Web site is aimed at the Balkans and the other, shown below, at the Maghreb region of northwest Africa, which includes Morocco, Algeria and Tunisia. Magharebia supports English, French and Arabic languages. 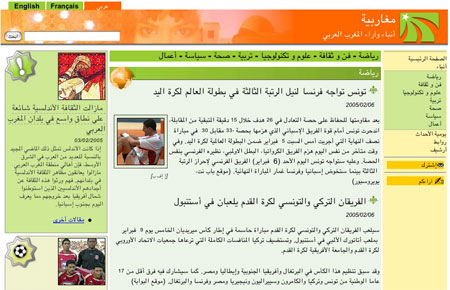 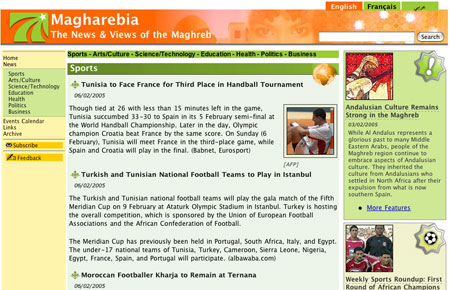 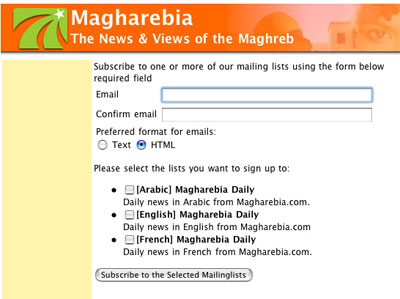 Magharebia represents a signficant investment of time and taxpayer dollars, requiring 50 freelance writers and additional translators. I must admit that the site does do a good job of providing seamless navigation between languages. What the site fails at doing is making it clear exactly who or what is behind the Web site. The only way a visitor will find out the Department of Defense is behind this project is if he or she clicks on the “disclaimer” link; this is hardly the way one goes about building trust around the world.

What I’d also like to know is what a Web site that reports soccer scores in Tunisia has to do with placing the US in a more positive light. Do the powers at be at the Pentagon truly believe that the best way to get your message out to the world is to dress it up in localized faux news portals? 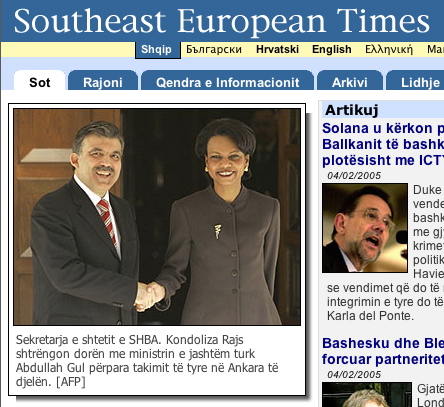 Naturally, many in Washington are questioning the wisdom of this initiative.
According to this CNN article many are wondering if these Web sites violate President Bush’s recent mandate against sponsoring journalism.

Web globalization, when used wisely, is a wonderful way to educate the world and expand your business around the world. But Web globalization can just as easily be used unwisely, and this is one vivid example.