I recently browsed through Alexa’s rankings of the most popular Web sites by language. Alexa, which is now owned by Amazon, tracks Web site popularity by means of a software toolbar that millions of folks have installed in their Web browsers. It’s an imperfect measurement (the Alexa toolbar works only with the Internet Explorer browser), but it’s one of the better tools available right now.

I took some screen shots of the rankings because I didn’t want to fuss with character display issues; if I had used Unicode, it could have overcome this problem but there might have been display issues on youe end (see the Unicode entry). Of the four languages included below only one Web site is common to all four: Google. 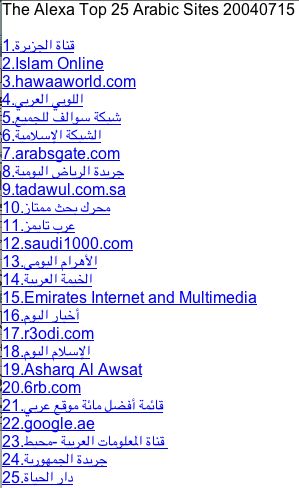 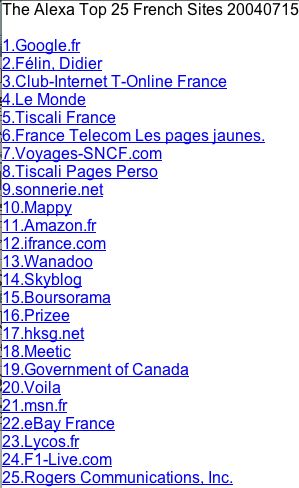 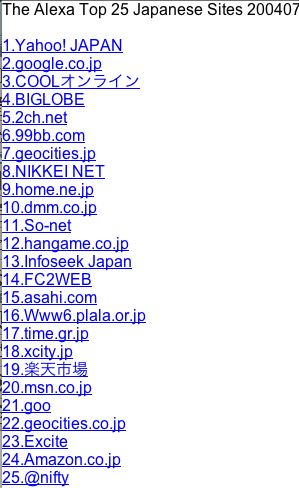 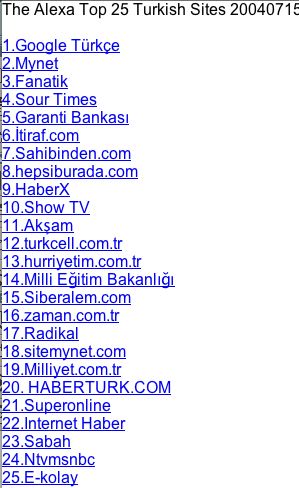 Also, if you want to see where the Internet is headed, check out the top 500 Web sites. Of the top 10 sites, half are Chinese.